The pioneering K-Pop-themed, meat-all-you-can concept celebrates six years and its 1,000,000th customer with a sprawling, state-of-the-art new branch at Tiendesitas.

I am so grateful to be one of the first to preview their biggest and state-of-the-art branch in the Metro.  It was an evening of Korean food festival with everything unlimited!

What KPub BBQ brings to the table is not only unlimited heaps of thinly-sliced, gloriously marbled meat, grilled to perfection on a built-in grill and refillable plates of Korean side dishes, also known as banchan.

It offers an unlimited K-Pop experience that triggers happy memories of your first-ever trip to Seoul, bouts of nostalgia for your all-time favorite K-Drama, and the mild hysteria you feel when you watch your fave K-Pop music videos and K-Pop idols performing their top songs from a full HD LED video wall display. Surely, for any K-Pop fan, a Korean barbecue lunch/dinner can’t get any better than this. Unsurprisingly, however, it actually can.

A Pioneer in Korean Barbecue Dining
Since opening its iconic first restaurant at The Fort Complex in BGC in 2013, KPub BBQ continues to push the envelope in providing the best Korean food and the most advanced music entertainment to its growing clientele.

In celebration of its sixth anniversary and 1,000,000th customer mark, KPub BBQ introduced new dishes, new amenities, a soon to be announced loyalty program, an exciting new partnership, and an even more impressive video wall display in their newest branch — Kpub BBQ Tiendesitas.

It has a sprawling 500-seating capacity which introduces a “Korean Favorites Festival” buffet where guests can sample some of the best known Korean dishes to complement KPub BBQ’s unlimited servings of quality cuts of beef, pork, and chicken.  Apart from the usual plateful of kimchi and assortment of Korean barbecue sauces, a special cheese dip for meats, which is all the rage in dining concepts in Seoul, is also available here to delight the cheese-loving set.

A Korean Entertainment Mecca
Thanks to mega idol group BTS and fast-rising female groups like Blackpink and Twice, K-Pop is taking the world by storm, one Billboard hit at a time. The social media-fueled, second-generation Golden Era in K-Pop can be felt reverberating off the postered walls of KPub BBQ Tiendesitas and seen, so clearly, it’s as if you’re at a K-Pop concert, on a massive Samsung 4K Ultra HD video wall display—the biggest video wall in the Philippines.

For non-K-Pop fans, there will be live performances, from Mondays to Sundays, where you can sing along with different local bands live on stage.  For big groups and private parties, there are two VIP rooms in this branch.

The Great Wall of Tsingtao
Another exclusive feature in KPub BBQ Tiendesitas is the Tsingtao “wall,” a wall of refrigerators filled with bottles and cans of Tsingtao Beer (a German style Pilsner using traditional German technique, high quality European raw brewed with mineral water from Laoshan spring), the number one beer in South Korea.

All these in one satisfying, affordable fixed price Korean barbecue pass.  Indeed, when it comes to jjang food and daebak K-Pop experience, there’s only one place that hits the spot.  And you still wonder why it’s so hard to resist your KPub BBQ cravings.

Get your Korean barbecue fix today at KPub BBQ Tiendesitas is located at Building B, Level 2 Food Village, Tiendesitas, Ortigas East, Pasig City. Operating hours are 11:00 AM to 3:00 PM and 5:00 PM to 12:00 MN.

Other branches can be visited in Top of the Glo in Glorietta, Garden Restaurant in TriNoma, The Fort Complex in BGC, and The Terraces in Ayala Center Cebu.

Watch the video below to know more about my KPUB BBQ FESTA experience. 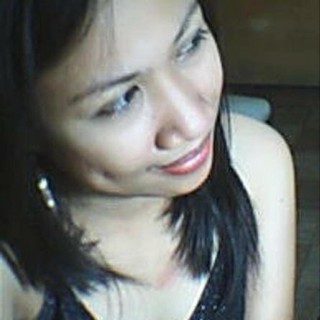